Magnifico!: A Review of Carnevale Fantastico!

A new Renaissance-style faire was started in 2015 in Northern California, but it was completely different for all the other faires. It focused on the birthplace of the Renaissance, the city-states of Italy during the 14th to 16th centuries. This new faire was the Carnevale Fantastico! and was held on May 2 and 3, 2015 at the Blue Rock Springs Park in Vallejo, California. 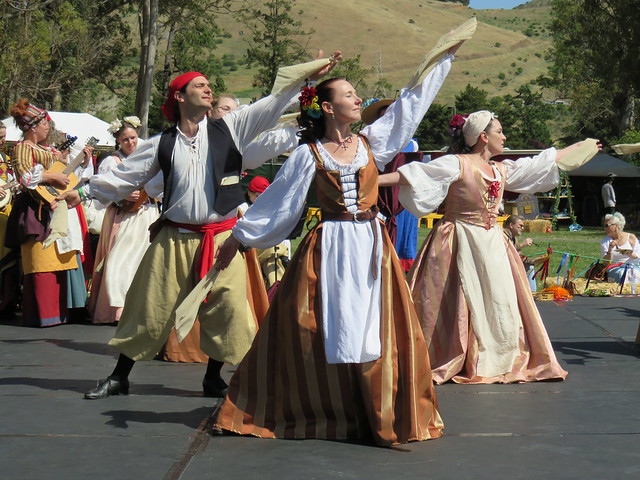 Access to the park was very easy even though the adjoining parking lot was small. Parking areas were set up offsite with a shuttle bus for people to take a short ride to the venue. Once at the location, there was a sign greeting you in Italian and murals depicting famous landscapes and scenes from Italy like the Tuscan vineyards or the Cathedral of St. Mary of the Flower in Florence. 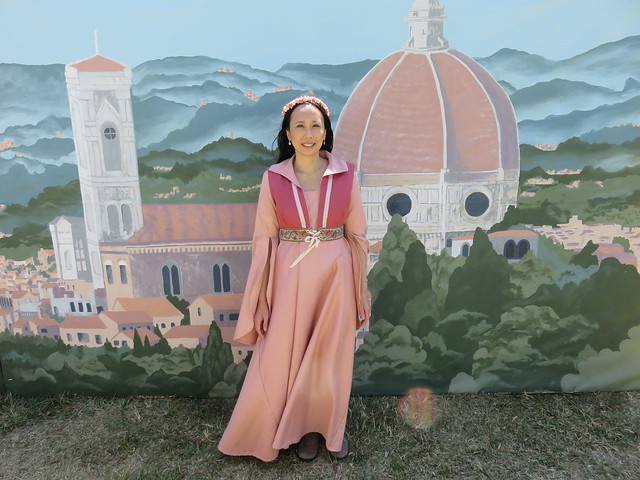 The park was transformed into a living history set up. Each encampment represented one of the major cities like Florence, Rome and Naples. The setups each had factoids about the culture, residents or architecture of the place. There were also activities like bocce ball, lessons on the latest scientific discoveries, and local personalities to converse with in each of the tents. 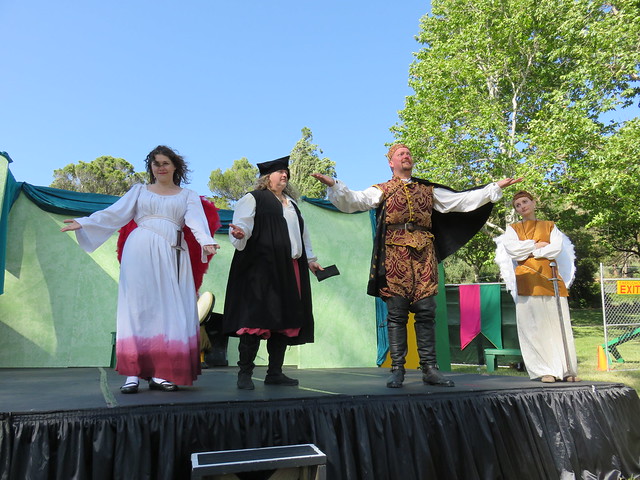 There was plenty of entertainment in the main piazza and the stages located throughout the festival. The variety of acts showed off the influence of Italian culture and society throughout all of Europe. Cucina dell’Arte showed off the love of cuisine by prepared food live on stage. Balzare! musica e danza di Napoli performed athletic leaping and jumping folk dances from Naples that highlight the joys of the coming of spring. Lupo di Mare sang songs of Italian seafaring highlighting the dominance of Italian shipmasters during the Renaissance. Donne d’ Archi played songs by 15th and 16th century composers on string instruments. 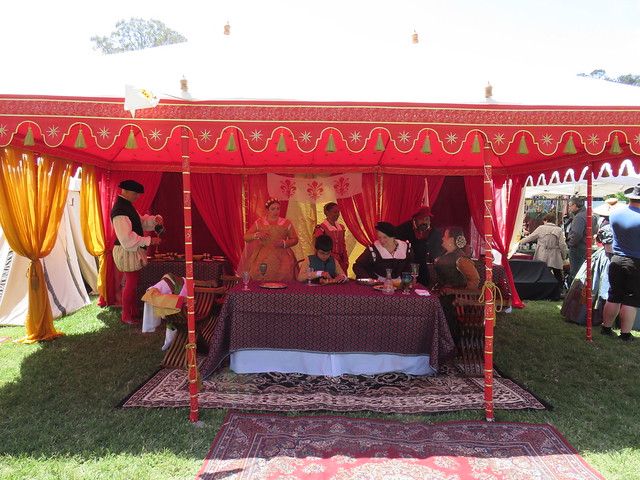 There was also plenty of theater as well. The Bella Donna Players performed “The Final Rose” where an evil queen holds a ball to marry off her son to a princess. The Manly Men in Tights performed an Italian-themed rendition of their act. “Julius Caesar and His Worst Day Ever” was a comedic version of the assassination of the Roman dictator. No Parchment Needed performed improvisational comedy with suggestions from the audience. “The Seven Deadly Sins” was about the moral failings of man as presented by Roman street people. There was a condensed version of “The Tragical History of Doctor Faustus” by Christopher Marlowe with the famous Papal scene included.

The main entertainment attraction was the Gruppo Sbandieratori Sansepolcr. The group was a flag-waver, trumpet and drum troupe that travelled from Italy. They performed using hand-painted flags while wearing period costumes. The idea of the flag wavers developed from the standard-bearers having to fight in battle using blades attached to the flag poles. The flag wavers would toss flagpoles to each other, juggle them and engage in combat-style face-offs. 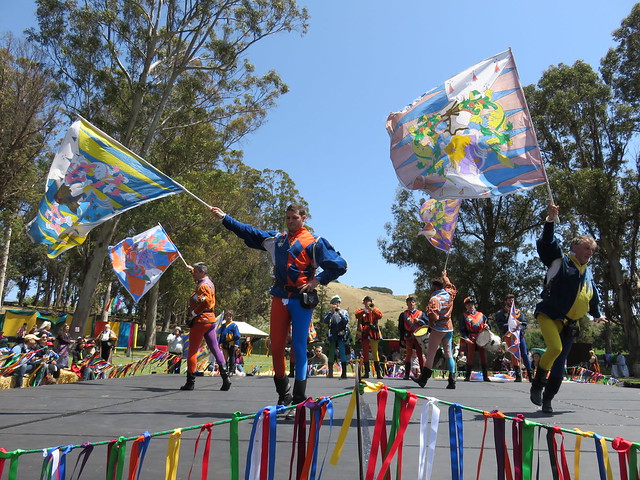 A good amount of food and wares were for sale at the festival. There was a variety of Italian food including Stromboli, polenta, Italian sausage, tortellini, Italian wines, Chianti, Italian sodas, crepellas, cannoli, and gelato. There was also vendor onsite that made pizza in a wood-fired oven. People could shop for housewares such as violins, wooden cups, furniture made from wine casks, handmade soap, painted porcelain coasters, hand-blown glass items and pottery. Patrons could get into disguise with face painting, hair braiding, jewelry and historical costumes. Jam and wine were also available to take home. 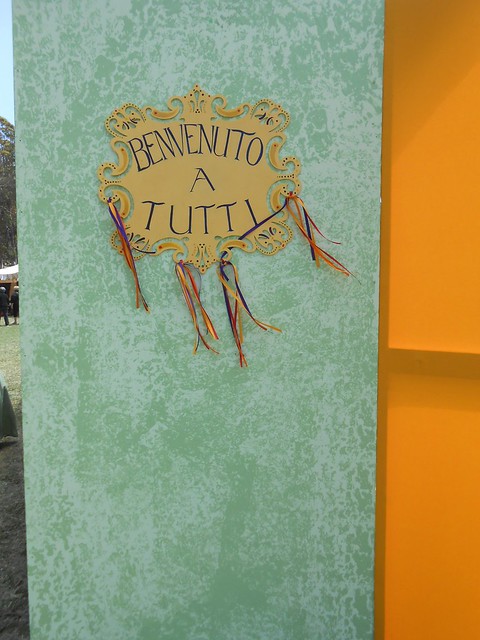 The faire felt actually like being in the Italian Renaissance with the living history and entertainment that was presented.  It brought Italian culture and society alive so it could be experienced firsthand.