The Alameda Elks Lodge once again was transformed into another time and place as the courtiers of King Louis XV of France were joined by time travelers, aliens and automatons for the PEERS The Doctor Dances: 1756 ball held on June 6, 2015. 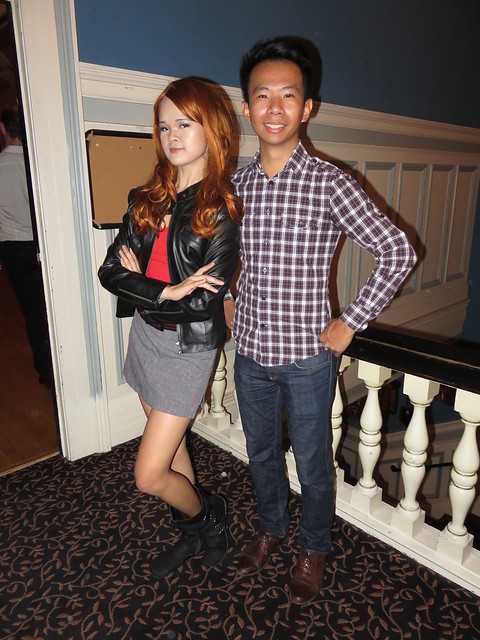 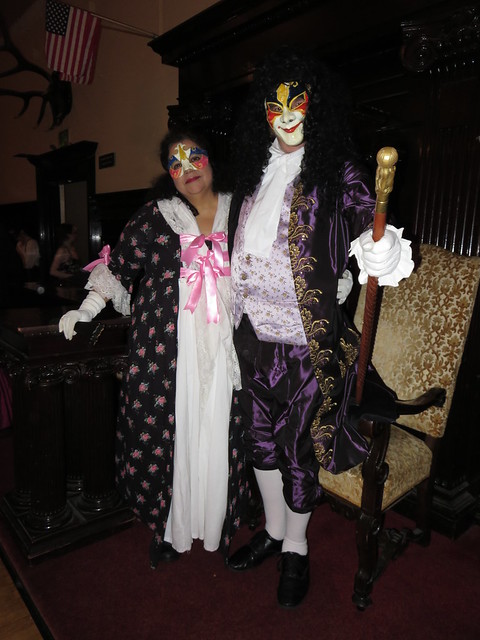 The event was immersive live theater with a brand new story based on the 2006 episode “The Girl in the Fireplace” of “Doctor Who” featuring David Tennant as the Tenth Doctor. The script of the ball picked up from the end of the episode when the time windows that allowed the clockwork droids to travel from a spaceship in the future to 1756 Paris are closing. Due to an event that alters the timeline, the Tenth Doctor is stuck in The King of France’s palace in without a way to get back to the TARDIS left on the spaceship. He then recognizes one of his past selves, the Fourth Doctor. After the two Doctors exchanging pleasantries (and enjoy jelly babies), the Eleventh Doctor and Clara Oswald arrive in the TARDIS (mistakenly thinking it is the Bahamas) while tracking a dangerous confluence of temporal convergences in a chronometric conglomeration (time windows). 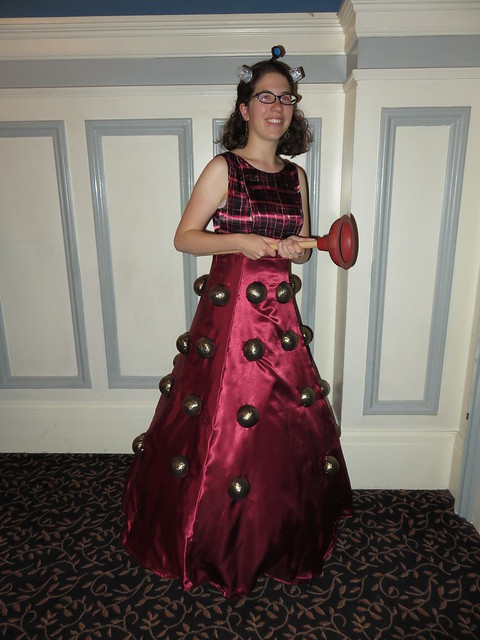 Since there was a ball already arranged, Reinette (Madame de Pompadour) decided to carry on with the dancing, much to the consternation of King Louis. The Doctors decide to join in on the dancing with many of the spacetime-displaced people who arrived through the time windows. 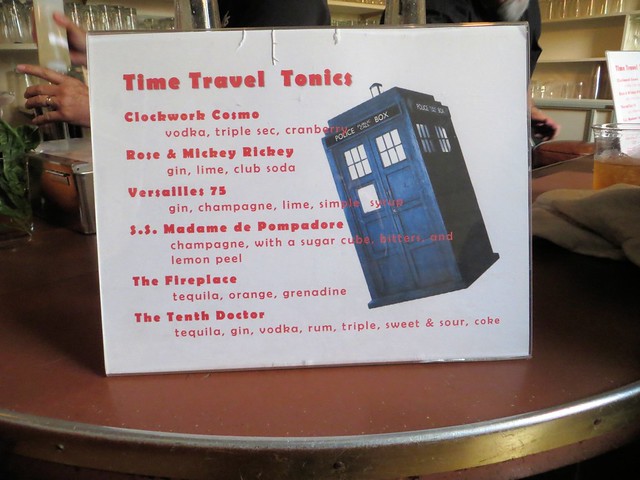 Later on, Captain Jack Harkness arrives to take charge of the situation but is interrupted by Agent Hox of the Time Agency. After their discussion, The Eleventh Doctor then decides to take charge and determine what is causing the time windows. He asks for volunteers and gets his first companions Ian Chesterton and Barbara Wright (now married) as well as Romana and Leela. Every one of the Doctors and the companions were running around (to the “Benny Hill” theme) trying to determine where the source of the time windows while the Louis XV haplessly looked on. 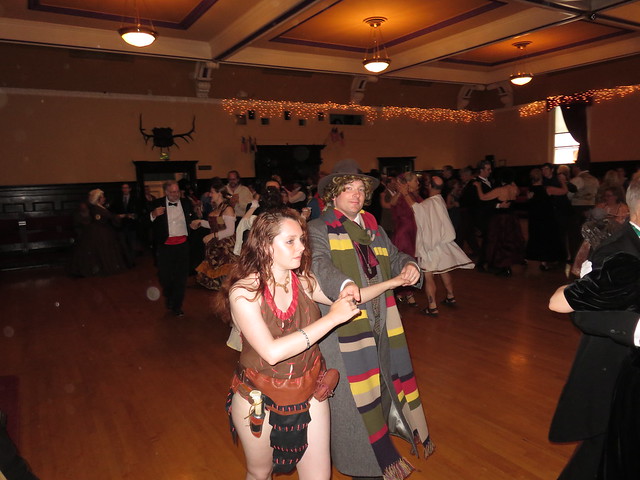 Captain Jack also managed to reunite Rose Tyler with the Tenth Doctor. Clara asked the Eleventh Doctor if he had figured out what was causing the time windows. The Eleventh Doctor explained that all of the Doctors had figured out that the windows were programmed to open when the spaceships in the future generating the windows attempted to self-repair. Harkness admitted to creating the time windows to discover who the head of the Time Agency was after a temporal convergence created the agency but did not know exactly when it occurred. Jack decided to help things along. Unfortunately, no one came forward to take credit. 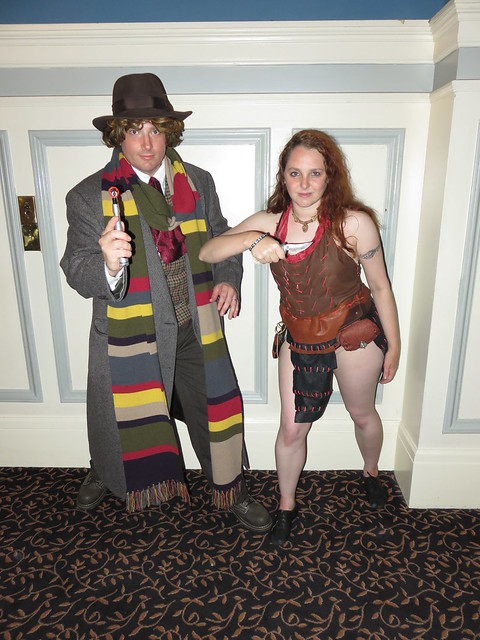 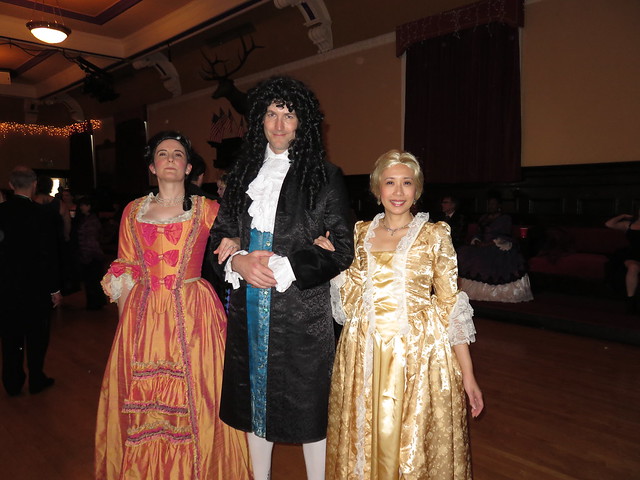 During the ball, there was plenty of dancing with Playford/English Country Dancing set dances, waltzes and three special numbers: “The Time Warp” from “The Rocky Horror Picture Show” lead by The Doctors and Captain Jack Harkness, “Walking on Broken Glass” by Annie Lennox after a request by Rose Tyler and “Night Fever” by The Bee Gees after a request by Jackie Tyler. 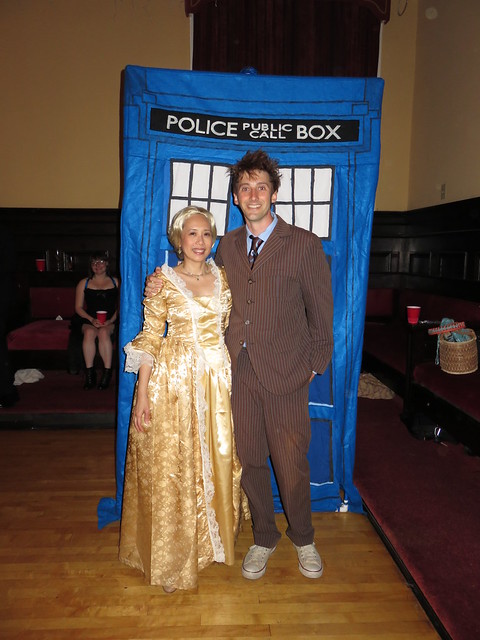 There was a variety of fashion at the ball. There were plenty of Rococo period masquerade outfits including two Clockwork droids. Several other people were dressed as Time Lords including the incarnations of the Sixth, Tenth, Eleventh and Twelfth Doctors and members of the Gallifrey High Council. There were a number of companions including the second version of Romana, Martha Jones, Soufflé Girl Oswin Oswald, Captain Jack Harkness, and Donna Noble. There were also some enemies including a couple of Daleks and a Weeping Angel. There were a handful of TARDIS-inspired dresses. There was also a Roman citizen and Marty McFly to boot. 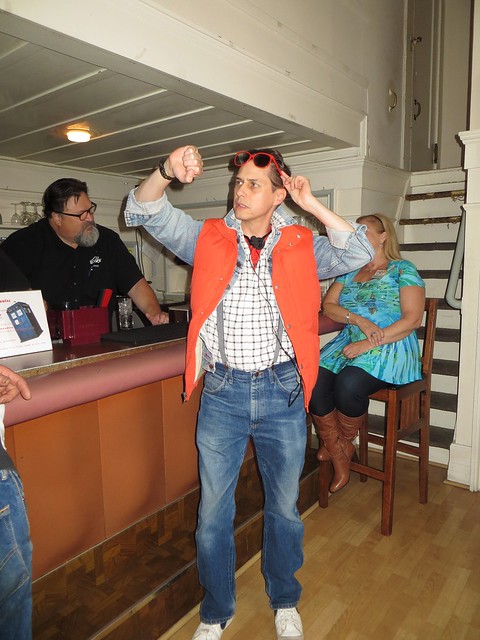 The ball also had a couple of other features for the patrons. There was a cash bar that featured drinks that were named after elements of the show such as the Clockwork Cosmo, Versailles 75, S.S. Madame de Pompadour and The Tenth Doctor. People were also able to take photos with the TARDIS that was used on stage during the theatrical bits. 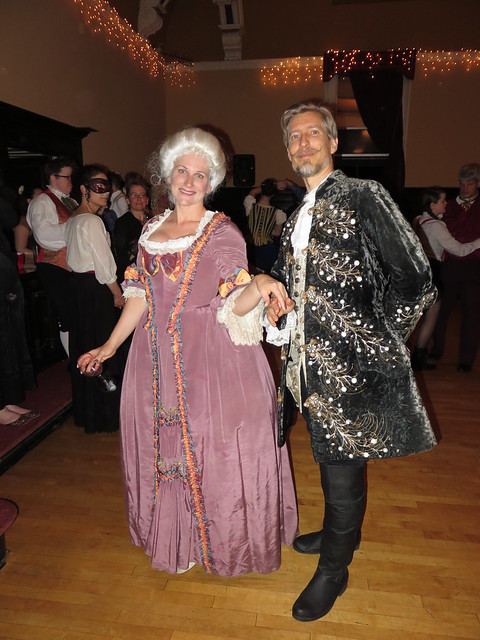 Everyone danced the night away until the time windows finally closed and order was restored, or at least until King Louis decided that everyone had to get onto their horses (or their time machines) and return home. 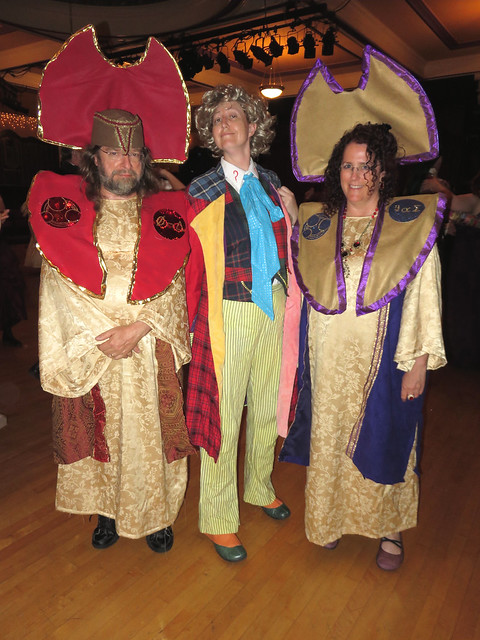 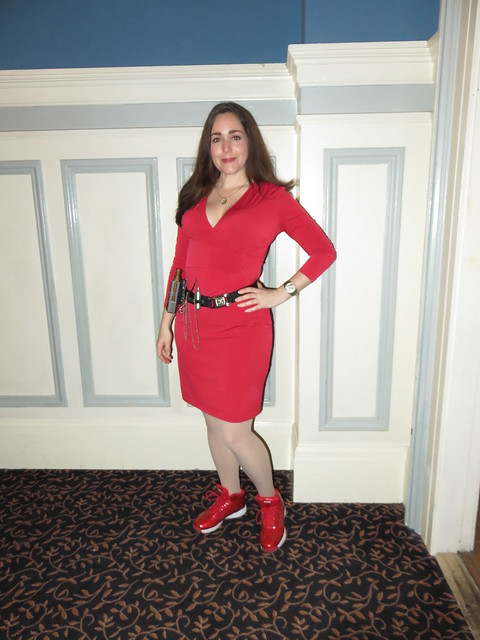 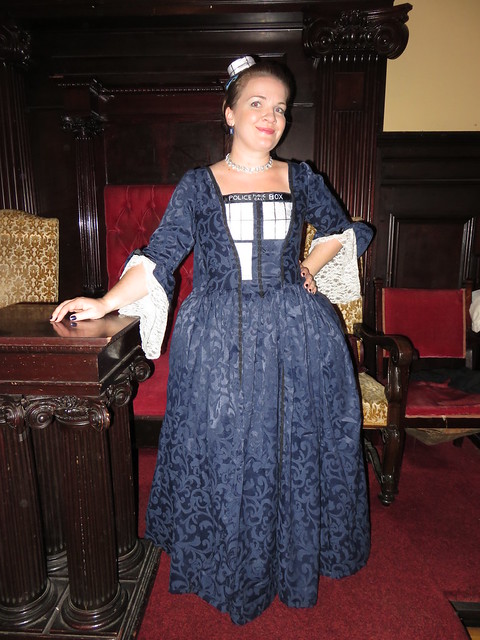 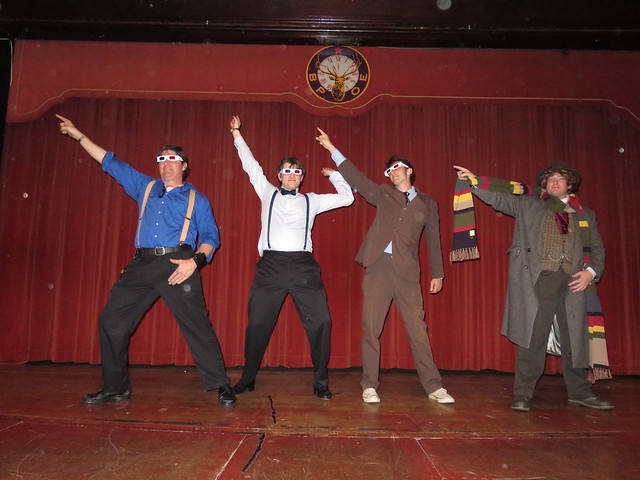 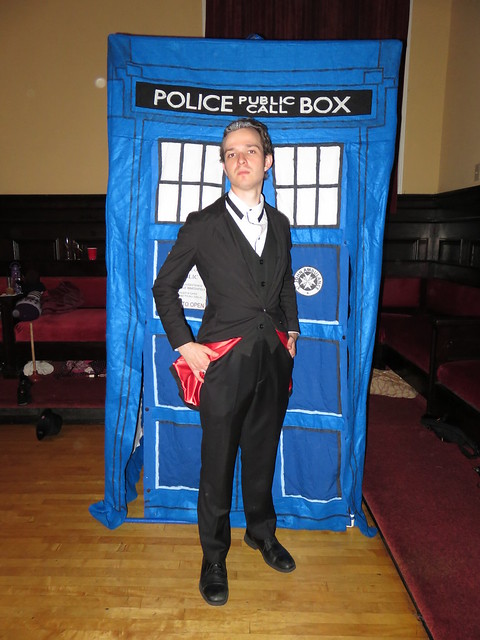